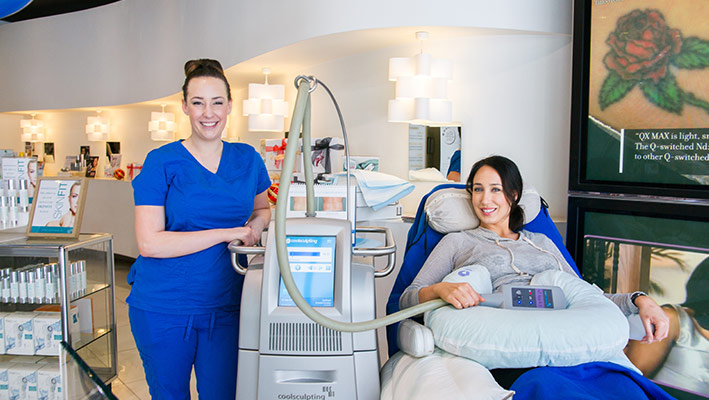 A Really Cool Way To Get In Shape For Summer!

Summer is approaching fast. Before you know it, it’s time to wear less clothes and shorter pants/skirts. Are you ready for the change?

Don’t let the summer take you by surprise. Improve the way your body looks by getting rid of unwanted fat with CoolSculpting.

Take time out for yourself with CoolSculpting

CoolSculpting is the perfect treatment for reducing the fat in stubborn areas of your body. “It is a simple and very effective treatment for small ‘rolls’ of fat,” says Dr. Garry Cussell, the founder of Rejuvenation Clinics of Australia in Sydney.

CoolSculpting is a series of only 1-hour-long treatments that involves placing a suction cup over problematic rolls of fat. The process destroys fat and fat cells by freezing and crystallising them.

The freezing effect goes deeply into your skin and your fat cells as well as fat are frozen without damaging the skin. “In the few weeks following the treatment, you will see that about 25% of the fat and fat cells that were suctioned into the ‘applicator cup’ are now permanently destroyed,” says Dr Cussell.

It’s pretty simple! First, the frozen fat is slowly broken down and taken away by the lymph and blood drainage. After that, it is excreted from the body, something that takes place without problematic side-effects.

Which body areas can be treated with CoolSculpting?

Dr Cussell points out that CoolSculpting is a treatment that is suitable for relatively small areas where rolls of fat can be drawn up and squeezed easily.

The procedure has the best effects when applied to:

If you’re concerned about larger areas of fat, it might be preferable to use one of our other forms of permanent fat removal.

When you decide to remove fat rolls by freezing them with CoolSculpting, you’re choosing an option in which the fat cells are permanently destroyed and they do not rebuild.

“This is a significant difference when compared to losing weight by dieting. With dieting, once you stop your eating regime, the circulating fat re-accumulates in the areas where the fat cells remain,” Dr Cussell explains.

The side effect of this is that the skin becomes loose in the areas where fat rolls have been permanently removed. This is not a problem for young people as their skin is firm and will adjust quickly to changes in their body contour.

However, this might not be the case with people who have larger amounts of fat to remove. If you find yourself in this group, then considering Microcannula Liposcultpure might be a better idea. This procedure removes larger volumes of fat, giving you a more even result. Most importantly, it causes the skin to shrink and boosts the production of collagen.

In order to establish whether your fat is suitable for permanent removal with CoolSculpting, schedule a free consultation appointment with one of our experienced consultants. This is the only way to establish the exact number of sessions you will need and if indeed CoolSculpting is the right treatment for you. Don’t worry! If it isn’t, we’ll advise suitable alternatives.

Are you struggling to achieve the body that you have always wanted? Drop in to one of our rejuvenation clinics or simply call 1300 88 99 35.

RF Needling Vs Microneedling: Which Is Better?

Both Microneedling and RF Needling promote collagen and reduce scar tissue for a smoother, younger-looking complexion, but they have some key differences.

Thermage Vs Ultraformer and Ultherapy

When it comes to non-invasive anti-ageing treatments, most experts agree that radiofrequency and ultrasound are the best, but is one better than the other?