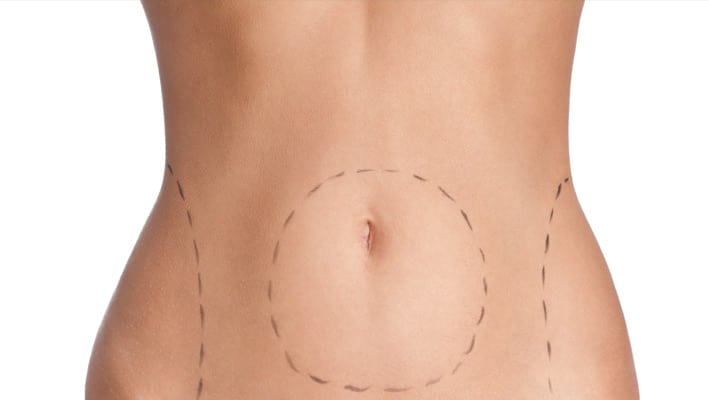 The difference between body contouring treatments – which is the best?

With so many body contouring treatments on the market it can be hard to decipher and compare, let alone decide which one is the best option for you!

LipoBlast, also known as “Scizer,” is non-invasive, high-intensity, deeply focused ultrasound technology designed to manipulate and permanently eradicate adipocytes (fat cells) in the subcutaneous layer of the skin. The treatment targets and reduces excess fat resulting in a more contoured body. It is advised only for mild to moderate fat accumulation, not the obese.

The LipoBlast machine is perfect for large areas of the body as it delivers macro focused ultrasound energy to large patches, such as the abdomen and buttocks to remove fat and reduce circumference in a safe and non-invasive way. It is considered to be an ideal alternative to surgical procedures, where the fat accumulation is not too excessive.

It’s also one of our fastest body contouring treatments. CoolSculpting
CoolSculpting is a revolutionary non-invasive procedure that uses controlled freezing to destroy fat cells permanently. It can be used upon loose fat rolls or localised areas of fat.

It freezes and crystallises fat cells, causing them to die. The remaining fat cells condense causing a significant reduction in the size of the area treated.

When weight is lost through dieting, the number of fat cells is not reduced, they just simply contain less fat. The fat rebuilds in these cells when you stop dieting. With Coolsculpting the fat cells are permanently destroyed. Treated fat cells that have been crystallised are permanently gone and will not re-grow. 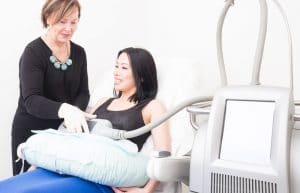 Liposculpture
Liposculpture, also known as “tumescent liposuction,” is a refined form of liposuction. It is a safe, minimally invasive cosmetic procedure that removes substantial amounts of localised fat from different areas of the body, including the arms, chest, abdomen or thighs. Industry leading Dr Michael Rich performs all liposculpture treatments at Rejuvenation Clinics of Australia.

Liposculpture is a minimally invasive procedure that is performed under a local anaesthetic delivered using the Tumescent anaesthesia method. Fat is removed using a fine microcannula (only 1mm in daimetre). Designed to maximise your safety, the mild sedation allows you to remain awake during the procedure. 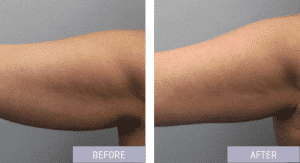 Tightsculpt
Tightsculpt is an innovative and effective treatment that uses an advanced laser technology system through a combination of Ultra-long ND: Yag and non-ablative Er: Yag modes to
permanently reduce centimetres of fat from the body, tighten skin and reduce the appearance of cellulite.

You may feel a warming sensation in the treated area throughout and directly after treatment. First, the ND: Yag laser concentrates energy in the fat cells beneath the skin, causing apoptosis of the fat cell (cell death) and enabling permanent fat reduction.

Then, the non ablative Er: Yag delivers controlled heat energy into the skin which stimulates collagen contraction and initiates neocollagenesis (the process of making new collagen) to smoothe and tighten the area and reduce cellulite. 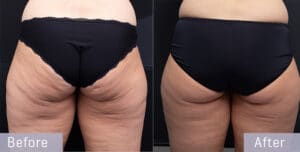 TightSculpt and Ultrasound Fat Reduction both controlled heat energy to reduce fat, tighten skin and reduce cellulite. The main difference is that Tightsculpt uses laser instead of Ultrasound, but both are safe, tolerable treatments with no downtime.

At Rejuvenation Clinics of Australia, we offer the largest, most comprehensive and medically advanced range of body contouring treatments plus the capabilities of many different modalities, giving us the ability to mix and match specific treatments and customise a treatment plan for an individual’s specific body type, level of fat accumulation or body area.

Get a smooth, contoured look today!

Book a complimentary consultation with one of our body contouring specialists

3 Ways To Get A More V-Shaped Face Without Surgery

Have your heart set on a more V-lined shaped face? Here are three methods of facial contouring that don't require any surgery.