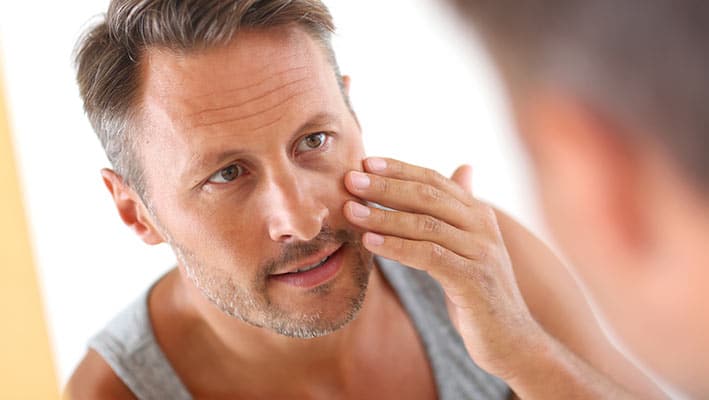 In recent years men are increasingly embracing injectables (aka Anti-Wrinkle injections & Dermal Fillers) as an anti-ageing and preventative tool, it has become more the norm for men to consider aesthetic treatments to enhance their appearance and boost their confidence. Generally men are seeking a natural look, to soften lines, appear ‘less tired’, ‘less angry’ and to replace volume that has gradually reduced over time.

At first, men are often wary of anti-ageing injectables as they can sometimes feel it is a female domain and more of a ‘feminine’ treatment to undergo. They can sometimes fear others knowing they have had anti-ageing treatments, and fear they may result in a frozen or fake appearance, for example; over-arched eyebrows, high cheek bones and over-filled lips. When administered correctly, the results should appear natural and not overly obvious.

The most common anti-wrinkle treatment areas for men include:

Men are less likely to want a brow lift unless there is a specific issue with heavy brows or correcting a natural asymmetry of the brows.

Regarding dermal fillers, men are most likely to replace volume for:

Before and after result from one of our male anti-wrinkle injection patients: 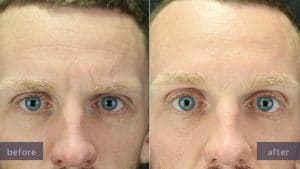 Injectables & Laser Treatments: What To Do When You’re Staying Home & Can’t Get Them

Dr Cussell’s expert advice on what you can do if you’re due for an injectables or laser treatment and you have to postpone your appointment.

Male Cosmetic Treatments On The Rise In Australia

More men are opting for non-invasive cosmetic treatments and injectables. Be sure your provider has experience with male facial anatomy.