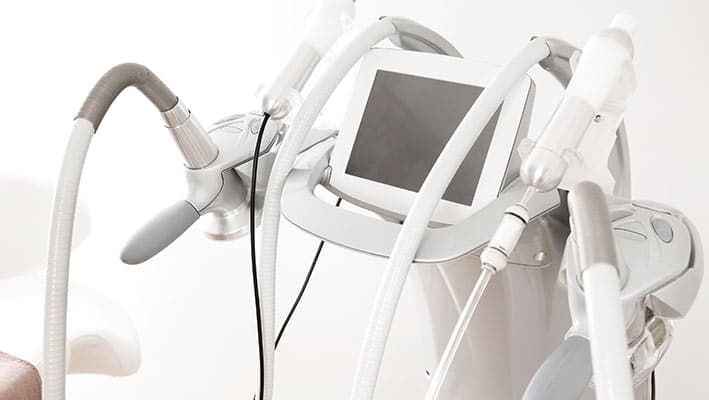 Newest Technologies For Getting The Body You Want

One of the most universally held wishes – other than travelling the world is losing inches off your waist line without going to the gym. Now, that fantasy may have just become a reality. Science has begun developing new and exciting ways to improve body contour and get the body you want.

“I’ve seen a lot of fat removal techniques,” says Dr Garry Cussell, the clinical director at Rejuvenation Clinics of Australia. “Some procedures like liposuction are a great way to remove unwanted fats. However, it’s painful and there’s a long recovery time.” For this reason, researchers and scientists have been developing new, non-invasive fat techniques which offer the same benefits as liposuction, with less risk. Some of these include laser-assisted liposuction and cyro-body contouring or ‘cyrolipo.’

Non-surgical body contouring is a rapidly growing field. At Rejuvenation Clinics of Australia, we have a wide variety of non-invasive fat removal technologies available. These include:

Doctors are able to use non-invasive technology to achieve a reduction in size in certain body areas, increase skin laxity and diminish the appearance of cellulite. The most important thing to remember about these new treatments is that:

Although these non-invasive body contouring treatments haven’t been around for long, there has been research conducted in this subject area. Recently, the Dermatology Times published a study into non-invasive fat treatments and concluded that treatments which use RF energy do offer improvements to cellulite with ongoing maintenance treatments, while coolsculpting is very effective on small areas of fat. “I’ve seen patients who’ve lost inches off their waistline. The results aren’t as dramatic as liposuction, but there’s less risk involved with these treatments,” says Dr Cussell. It’s difficult to get accurate statistics about non-invasive cosmetic treatments in Australia, the number of minimally invasive and non-invasive procedures has increased by 137% in the United States, while the number of cosmetic surgical procedures has declined by 16% since 2000.

With these figures, there’s a huge market for these types of procedures.“It’s great for people who are within 5 to 10% of their ideal weight and don’t need to use liposuction,” says Dr Cussell. “A lot of women maintain a good diet and exercise, but they can’t seem to shift that muffin top or untoned thighs.” However, Dr Cussell also adds you need to be motivated to keep the weight off. “If you go on a ice cream binge after treatment, the fat may not come back in your stomach, but it’ll come back somewhere else.”

Get professional advice on the best non-invasive fat removal procedures

If you’re interested in undergoing a non-invasive fat removal procedure to shift your stubborn muffin top, please note that no website, advertising or opinion can replace a consultation with an experienced doctor. Before making any decision on treatment, it’s advisable to speak to your doctor first. We offer a variety of treatments at Rejuvenation Clinics of Australia and consultations to discuss these treatments are FREE.

Are You A Good Candidate For Fat Freezing?

Fat Freezing can remove unwanted fat that diet and exercise won't. Here's how to tell if you're a good candidate for Fat Freezing.

What To Expect When Planning For LipoSculpture

When considering liposuction or LipoScultpure, you may be unsure where to start or what to expect. Here is the common process, enquiry to post-procedure.